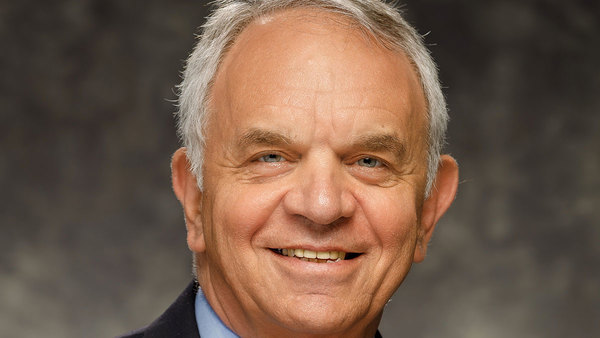 Retired Maj. Gen. Robert Latiff, adjunct professor in the University of Notre Dame’s Reilly Center for Science, Technology and Values, fellow of the Notre Dame Institute for Advanced Study, and Faculty Affiliate of the Notre Dame Technology Ethics Center, will speak at the 2020 Doomsday Clock announcement at 10 a.m. EST Thursday, Jan. 23. Latiff, a member of the Bulletin of Atomic Scientists’ science and security board, will join a panel of experts that includes Mary Robinson, former president of Ireland and former UN High Commissioner for Human Rights, and Ban Ki-moon, former UN secretary-general.

The Doomsday Clock’s time is announced annually by the Bulletin of Atomic Scientists to warn and educate the public about how close humans are to destroying the world with dangerous technologies and through human-caused climate change. In 2019, the Doomsday Clock hands remained set to two minutes from midnight, which is as close to the symbolic point of annihilation that the clock has been since the height of the Cold War.

Latiff is an expert on the ethical uses of military technology — both weapons and surveillance — and he serves as a member of the Committee on International Security and Arms Control of the National Academies of Sciences, Engineering and Medicine. His current research focuses on the implications of artificial intelligence and autonomy on military command and control, and the potential for inadvertent war. Latiff also studies the ways concerned citizens and public officials can influence decisions to resort to armed conflict, particularly in light of instant communications and the many forces pushing for military engagement.

“We are living in a period of great uncertainty caused by both technology and failures of leadership. It is urgent that we collectively work to reduce the instability that causes,” said Latiff. “I am honored to be included in the important work of the Bulletin of the Atomic Scientists, adding my voice to that of the respected world leaders on the panel.”

The 2020 Doomsday Clock announcement will be streamed live at thebulletin.org.