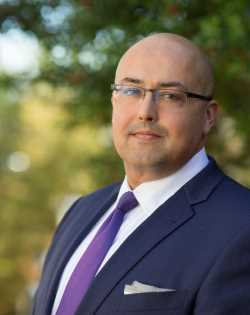 Facebook is the most pervasive global media system ever invented. Often we are asked to consider regulatory or reform efforts that seem to be good ideas, but would fail at the scale of Facebook. This talk examines many of the recent proposals to deal with the problems Facebook amplifies and finds them wanting. The talk will instead advocate responses both more radical and more conventional than the current menu.

Siva Vaidhyanathan is the Robertson Professor of Media Studies and director of the Center for Media and Citizenship at the University of Virginia. He is the author of Antisocial Media: How Facebook Disconnects Us and Undermines Democracy  (Oxford University Press, 2018). He also wrote Intellectual Property: A Very Short Introduction (Oxford University Press, 2017), and The Googlization of Everything -- and Why We Should Worry (University of California Press, 2011). He has written two previous books: Copyrights and Copywrongs: The Rise of Intellectual Property and How it Threatens Creativity (New York University Press, 2001) and The Anarchist in the Library: How the Clash between Freedom and Control is Hacking the Real World and Crashing the System (Basic Books, 2004). He also co-edited (with Carolyn Thomas) the collection, Rewiring the Nation: The Place of Technology in American Studies (Johns Hopkins University Press, 2007).

Register for the entire series here